Georges is a wolf hybrid with perm — if you don’t know what an arctic white wolf looks like, he could be mistaken for a white toy poodle. 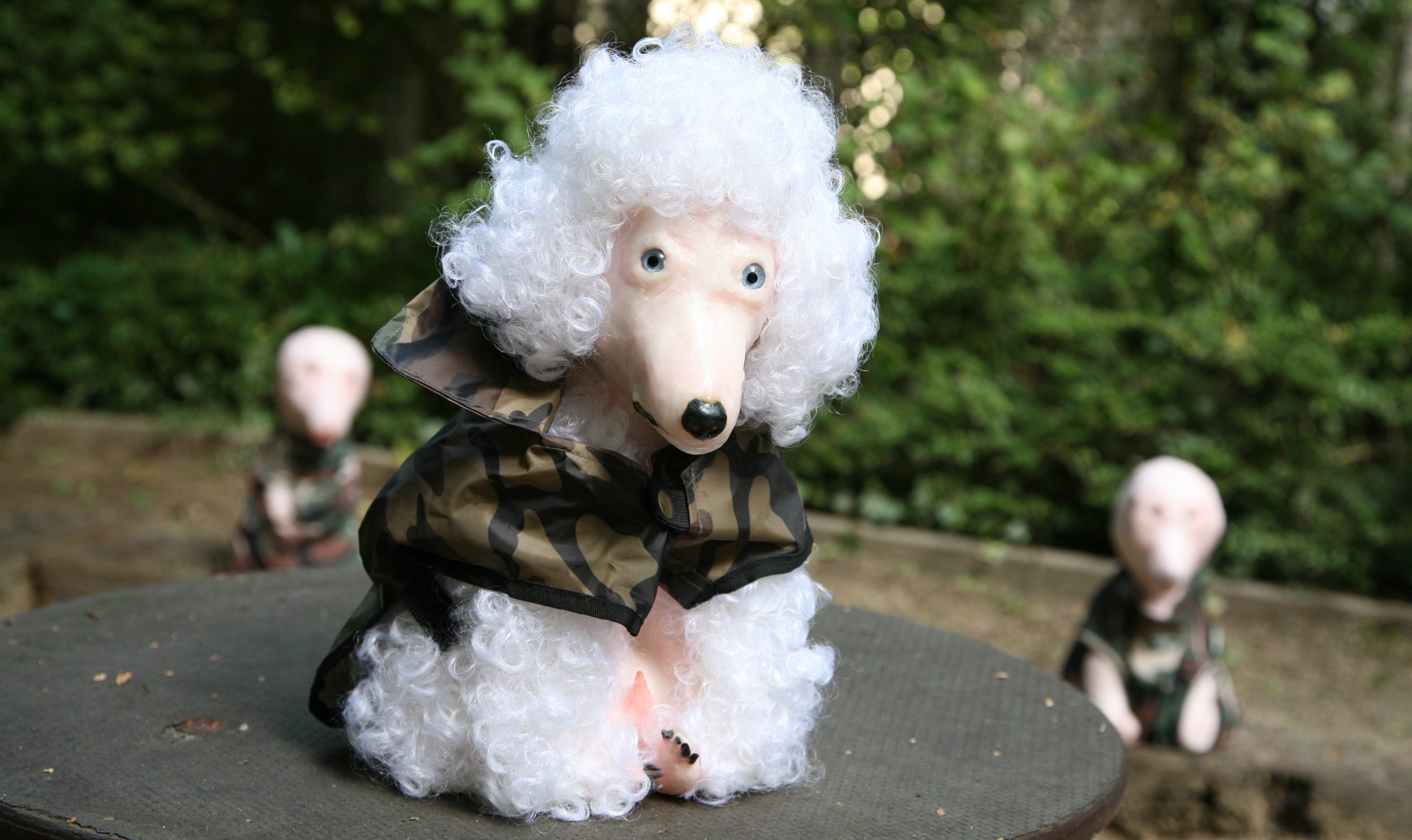 This sculpture resembles Georges, who is now lost in unfamiliar territory. Georges went outside with his other doggie companions for their morning toilet. The other dogs came in but not Georges, and he was nowhere to be seen. He could be almost anywhere now. He has won many show ribbons and we feel that someone who knows the value of such a dog has taken him. He may have been shaved or altered in appearance. Georges is an epileptic dog with diabetes and on medication for that and thyroid. He needs special care and attention. If you know of his whereabouts (dead or alive), please let us know. REWARD!!! Read More 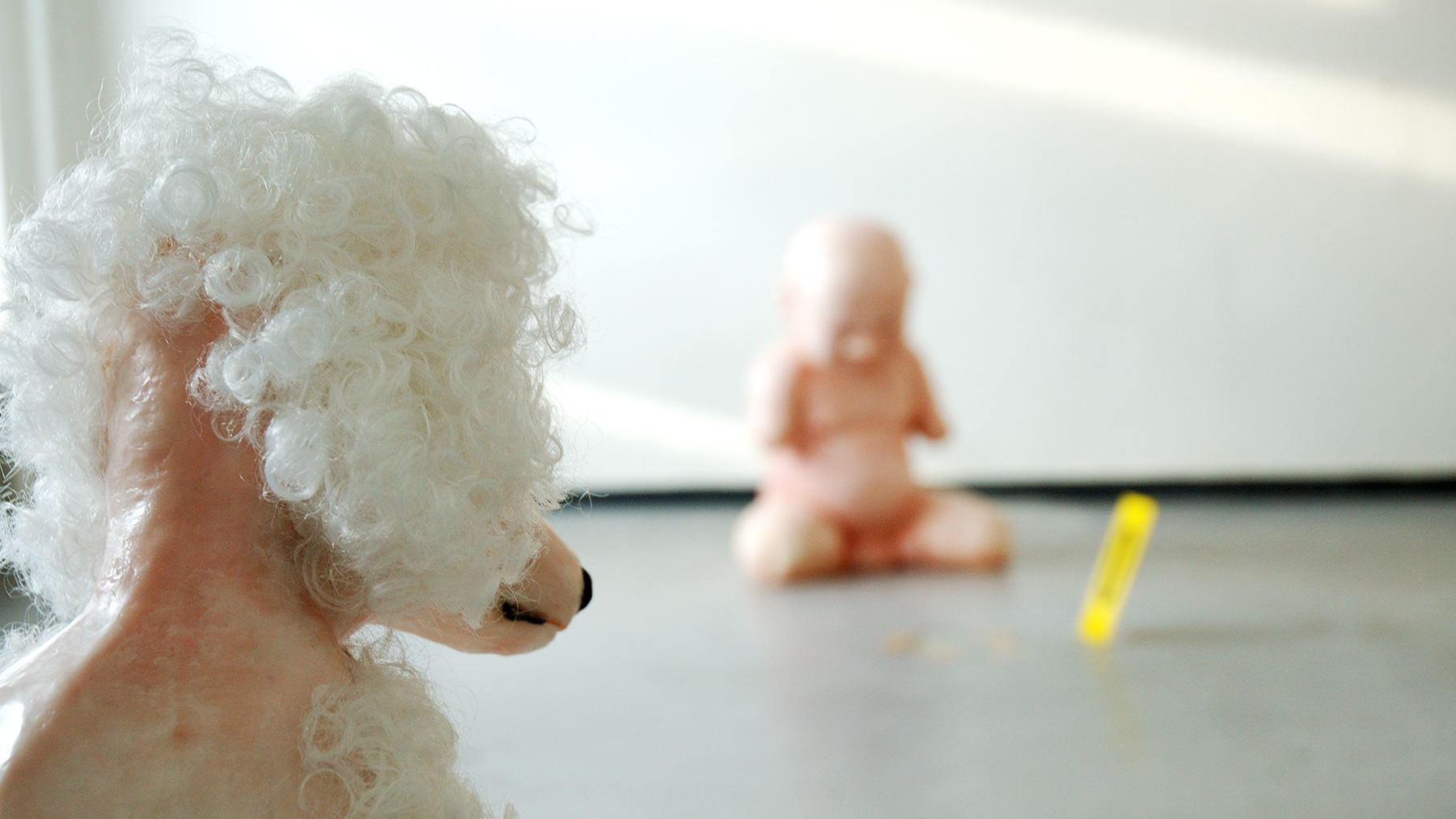 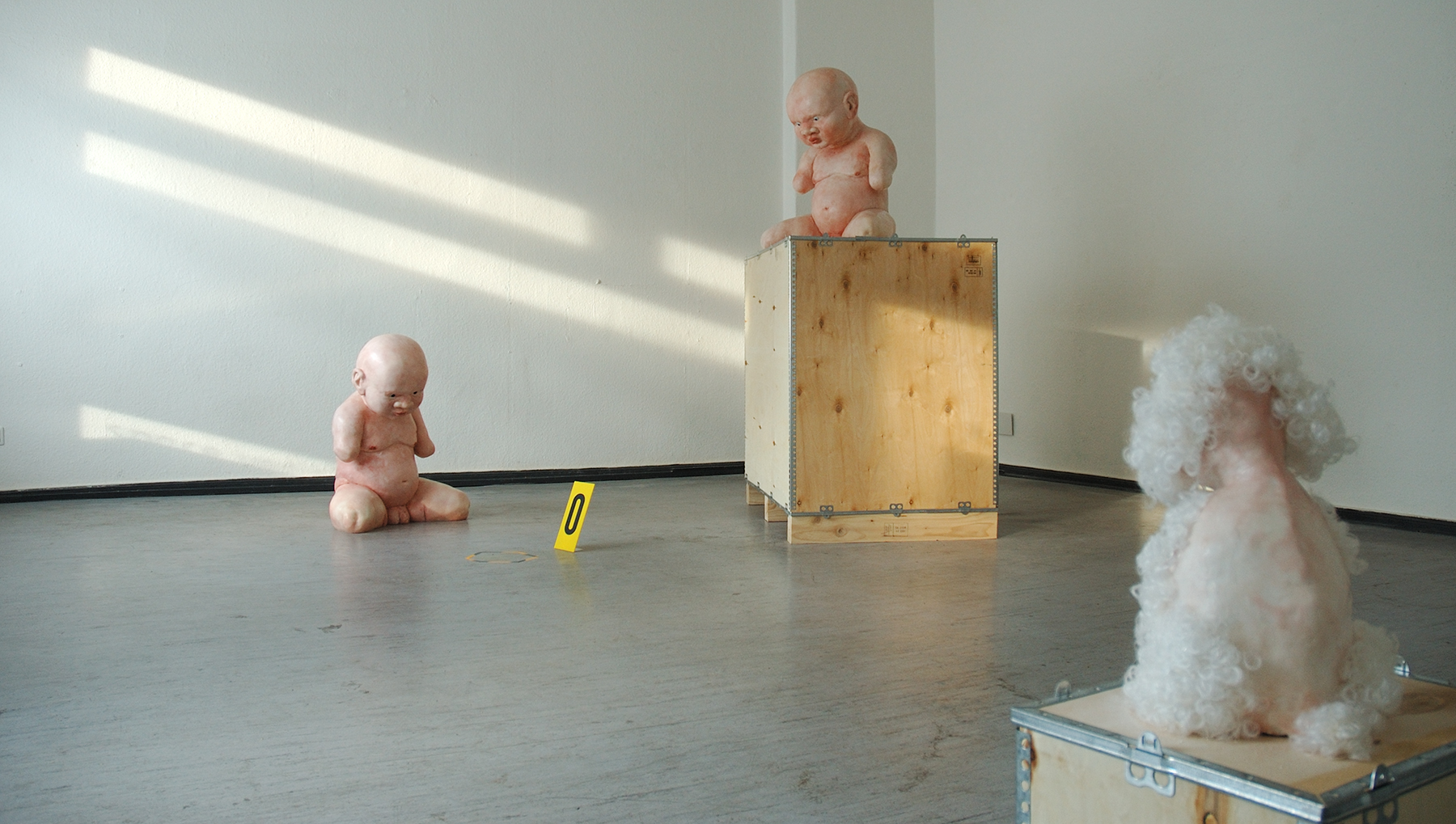 Next Project
Would You, Would I
Sculpture