When I’m tired of justifying my existence as an artist, I hit the streets and just live as one. Lara Busch, member of the Foundation for Non-Existance

2 decades or 20 years or just 7,300 days further away from here…Lara Busch is getting lost in Berlin in the way that Walter Benjamin once pointed out while talking about his childhood there. And, as he emphasised, that kind of getting lost needs training. Many of us are engaged in a similar quest for meaning in different cities around the globe. However, Berlin is a very specific case. Once, there was a wall. This wall was the symbol of the once dismembered Europe, of a world seemingly divided only into the East and the West. Today, no other city in Europe is as thoroughly documented as Berlin. In no other city in the world can we buy as many maps from different periods of urban development as in Berlin. So, how come that appropriation-by-art (and I am not referring to appropriation art, readymades, the Neo-Geo group or Sherrie Levine’s notion of appropriation) makes so much difference in rendering the city? I am referring to appropriation-by-art which is interested in originality, authenticity and authorship of a place, which is, as we might understand, a palimpsest (de Certeau). By adding her text to the semantically less saturated patches of the spatial manuscript of the city, Busch takes exclusive possession of its history, or better to say, historicity. Gut gekauft, gern gekauft opens a series of dialogues with different places, giving us the possibility to observe closer and find out what a particular mise en scene is about. There, or…here. Written 2006 by Sonja Lebos 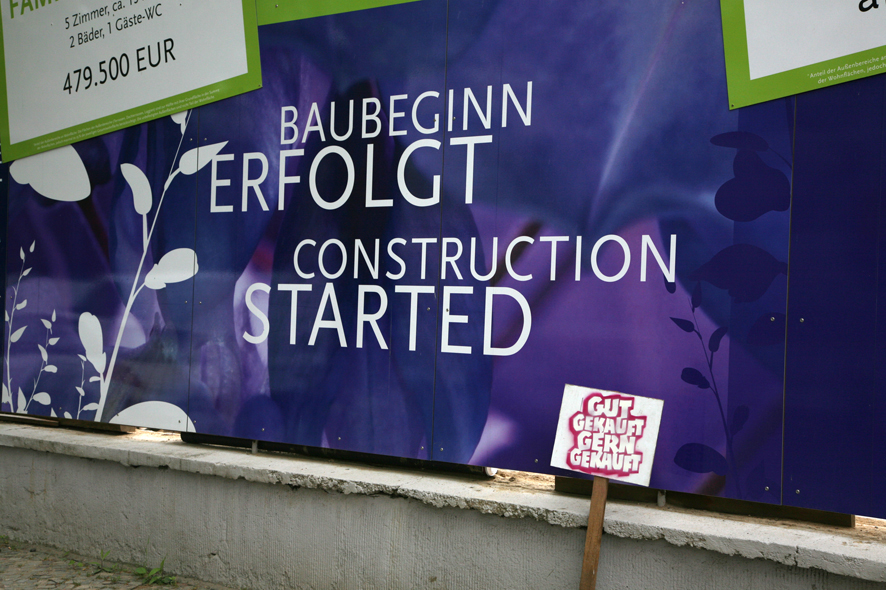 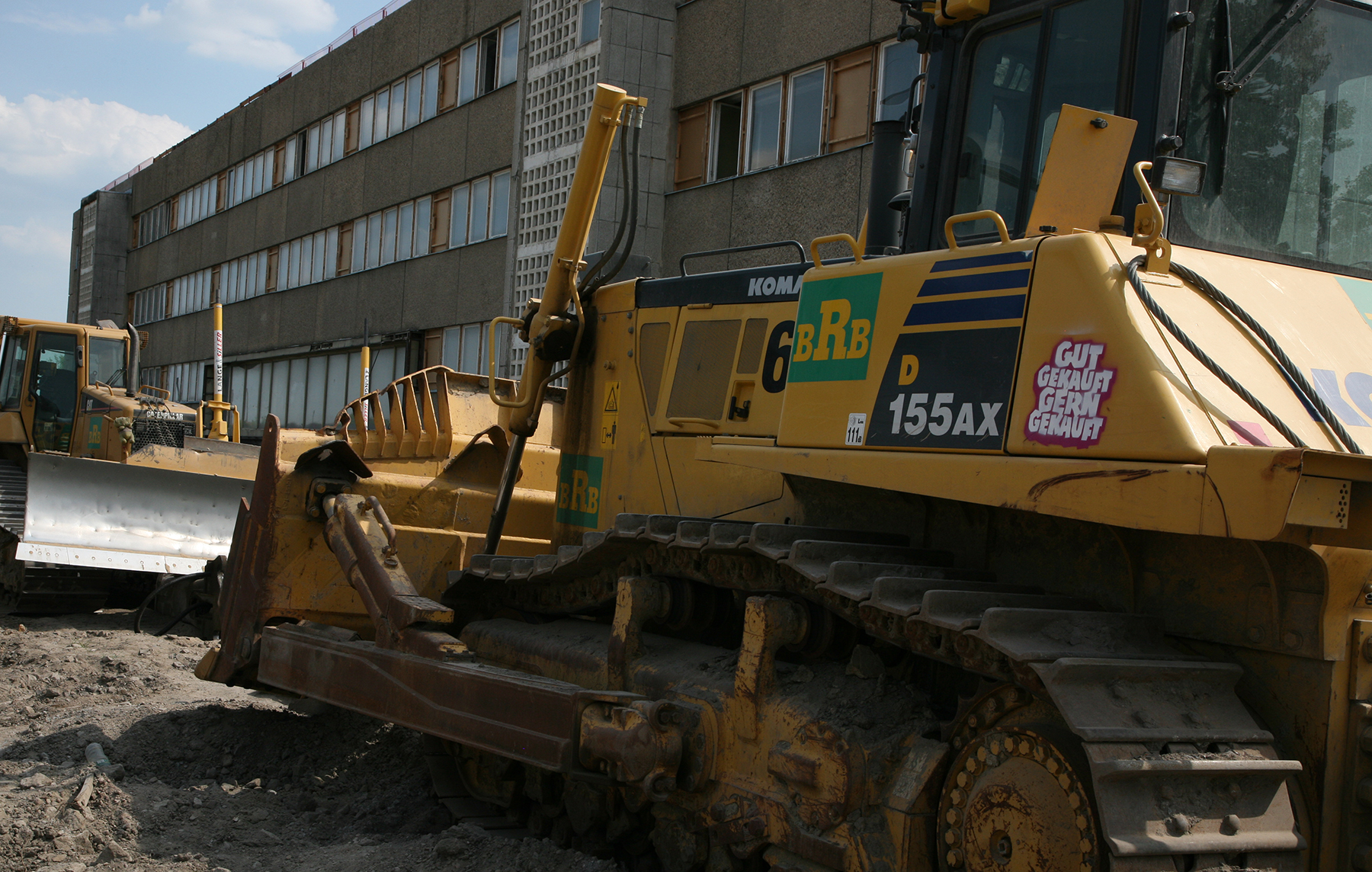 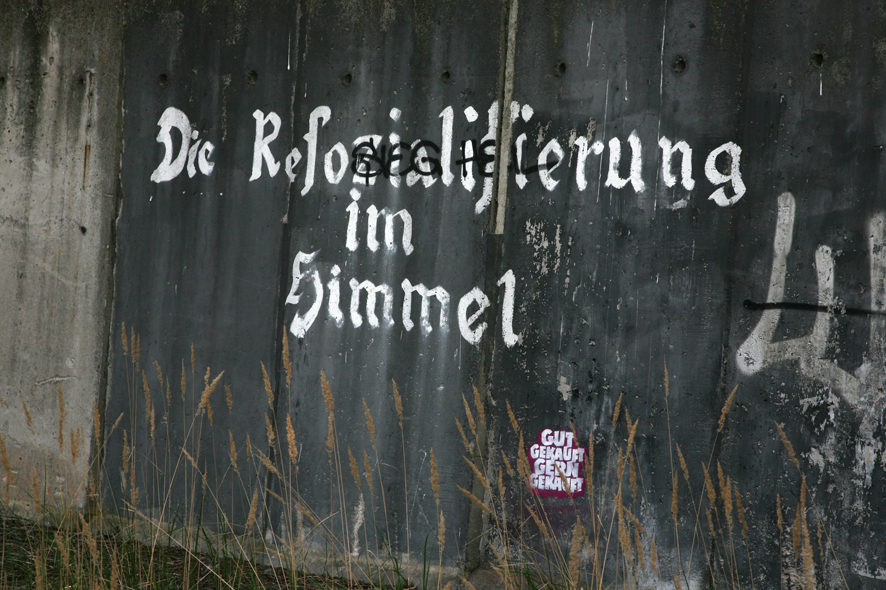 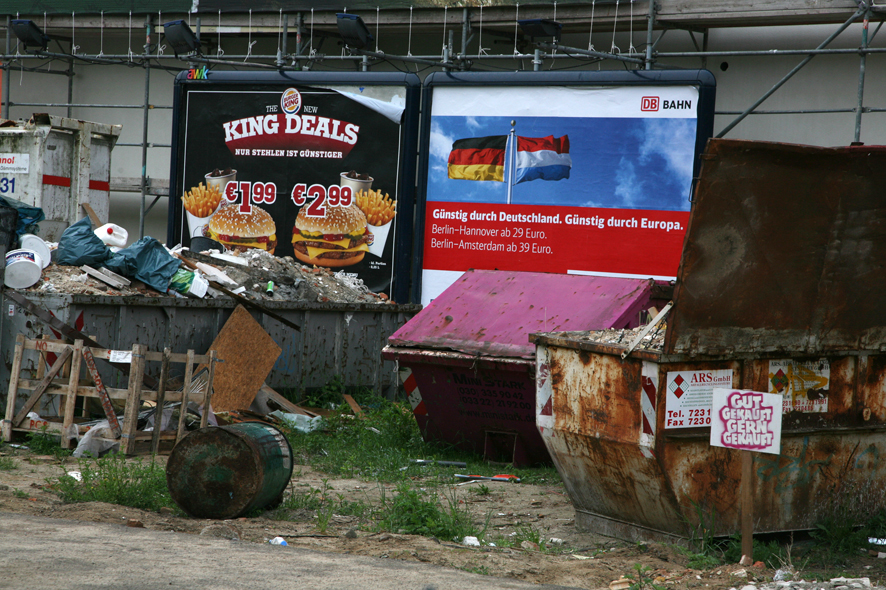 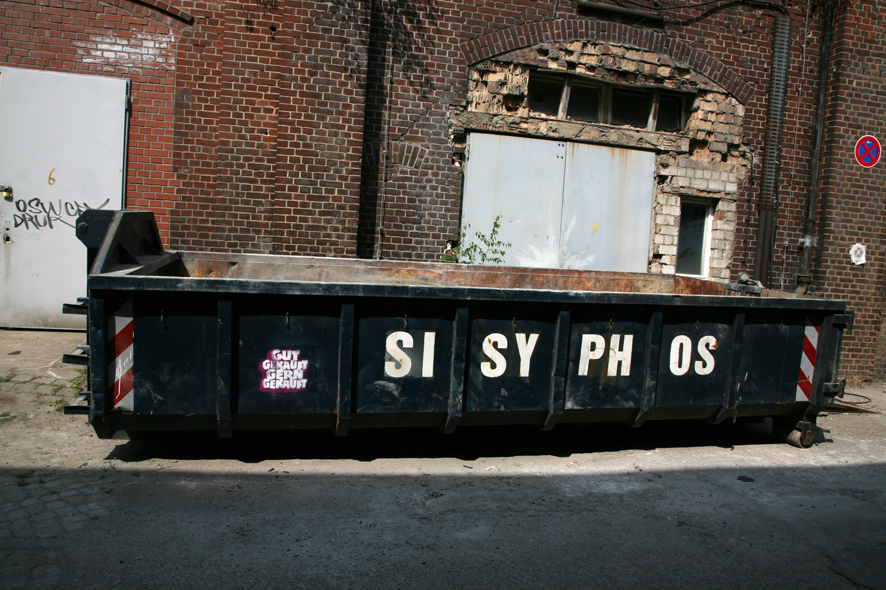 The projects by Michaela Strumberger can briefly be described as a 21st century man’s search for the lost time of his beginnings, which in the free choice of the author’s identity and art medium can be formed depending on the venue and the context of realization.

The new project for BQ OFF will take place at the location of the future Museum of Modern and Contemporary Art building, within the complex of the former Rikard Benecic  factory, the so-called art block at Rijekas Potok. It is a continuation of the cycle ofthe site-specific projects in the T-object of the factory designed in 2006 with the aim of forming public consciousness of the new location and the existence of the Museum. The happening Seven is Past and Eight Floweth – the Story of a Museum’s Conquest investigates the urge people have to discover and conquer new territory both in everyday world and in the world of art. With equal portions of humor and irony she approaches the idea of progress in the historical context of the revolution of the Homo sapiens, in thecontemporary context of the increase of art production and the number of museums, as well as in the locally characteristic situation of awaiting the new home for the Museum of Modern and Contemporary Art.